We offer a FREE design service! 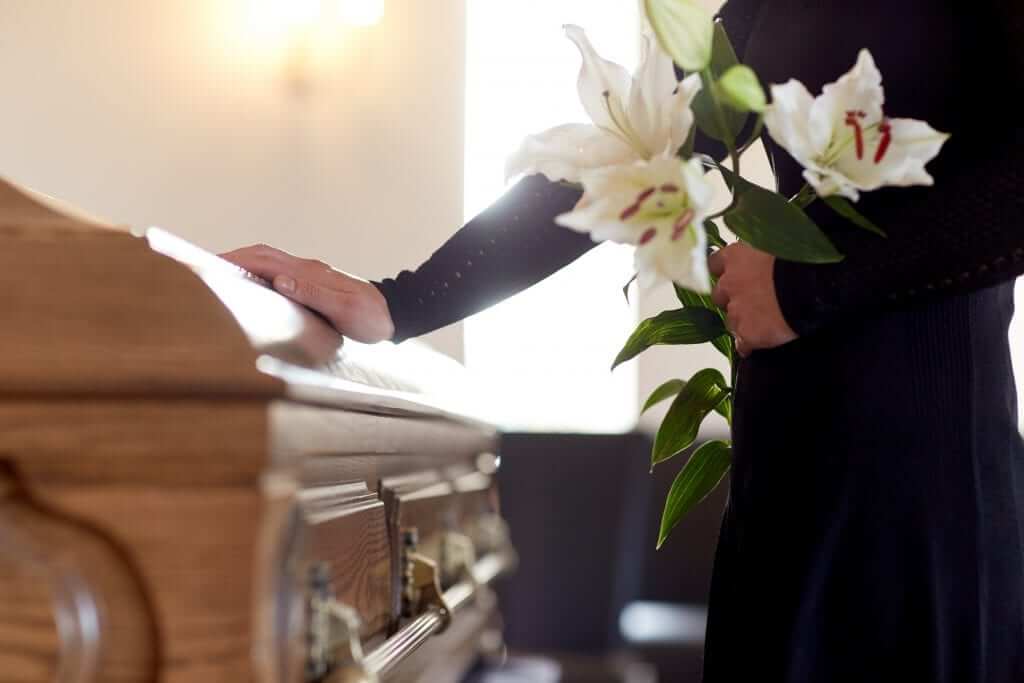 A funeral is a perfect way to acknowledge, celebrate and remember the life of a loved one that has passed. It provides friends and family with the opportunity to say a final goodbye.

While arranging a funeral can be an emotional time, it’s important to bring an order to the service for a funeral, providing structure to this challenging experience to help guide others.

At Memorial Stationery, we’ve created an informative blog to help guide you in this difficult time, highlighting the various options of funeral arrangements that are available to you.

What is a traditional funeral?

In the UK, traditional funeral arrangements as we know them today have been popular ever since before the 16th century. While traditions and the general template for an order of a service can be traced back to ancient Rome and further, there are elements that have remained throughout the years.

With traditions heavily rooted in Pagan and Christian rituals, the proceedings of a traditional funeral would start with an obituary notice or a funeral announcement card to alert families and the local community about a death. This would then be followed by a funeral procession, the burial and then a wake.

Black or dark clothing when in mourning has also remained prevalent throughout traditional funerals, dating back to the Elizabethan times.

Ever since the Victorian era, the use of flowers, candles, and mementoes, such as funeral leaflets, still remain to this day.

Do I need to have a traditional service?

Nowadays, while a traditional funeral is still popular, there is no need to have a traditional service as there are other options available to choose from.

In our diverse contemporary society, funeral planning is subjective and will differ for each person. Some common traditions, such as a funeral order of service or the type of burial, can still greatly differ depending on the religion, culture, and specific wishes of the deceased.

Other funeral arrangement options widely differ on culture, religion, and other beliefs. Some of the alternative funeral services available are:

Due to the less cost-effective nature of traditional burial, cremations have risen in popularity over the years. With traditions rooting back to Ancient Greece through the use of funeral pyres, cremation is the final disposition of a body as an alternative to burial.

Typically, a cremation will still follow a similar structure to a traditional funeral, starting with an announcement card of the funeral, and then leading to a ceremony that follows a standard funeral order of service before the body is then cremated.

A non-religious funeral celebrates the life of a loved one without adhering to standard traditions rooted within religion.

While they follow a similar order of service, these funerals tend to be more personal to the deceased, with a venue not necessarily tied to a church but commonly still having features such as flowers or a funeral order of service booklet.

The major difference is that the ceremony will feature songs, music and readings tailored to the loved one, but no readings from a religious text.

With an array of options available, an alternative funeral can consist of:

A woodland burial is an environmentally friendly alternative to traditional burials and cremation. Usually set within acres of woodland, most burial sites either offer a burial plot or scattering of ashes.

A burial at sea, however, does have some legal restrictions if planning on using a coffin. Scattering of ashes at sea does not require any documentation, but when choosing to spread the ashes of a loved one, it’s important to decide whether it will be done from shore or from a boat.

Military funerals are also common for those who died in active service, but veterans and heads of state may also have military honours funerals.

While these alternative options differ from a traditional funeral, the arrangements still adhere to a structure, where they will follow a generic order of service template.

Direct cremation does not include a service or any elements of a traditional funeral. Once the cremation has taken place, the ashes are given to a loved one who can then decide what to do to honour the deceased’s memory.

Posted in Order of Service