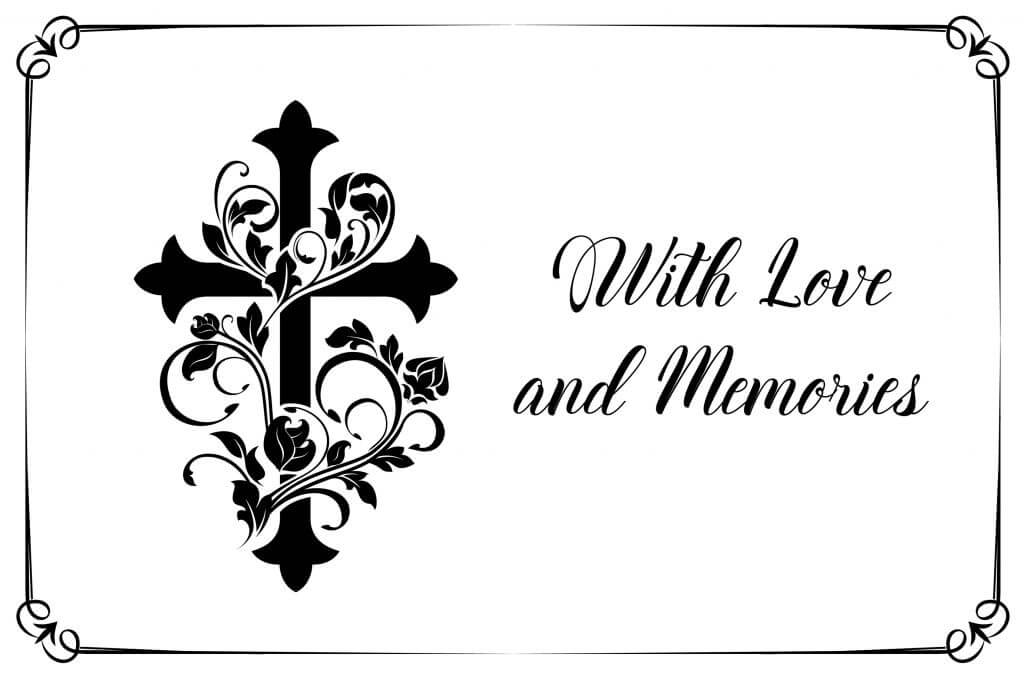 Memorial cards can also be referred to as prayer cards and funeral cards. Their function is usually to provide a meaningful keepsake for the attendees of the funeral service, Memorial cards are used for guests to keep and usually will be placed in a bible or prayer book as a reminder of the loved one.

The tradition of funeral memorial cards originates from the Catholic faith. Prayer cards traditionally honoured the various saints and biblical episodes. The cards were provided at funeral services but did not feature information relating to a specific person. As the tradition developed prayer cards were given out at funerals to attendees to remind them to pray for the family.

Once printing became more accessible and affordable, the cards were adopted as a memorial tribute. Standard prayer cards can still be found outside of funeral services, often at church gift shops and other specialised religious shops.

Memory cards are elegant pieces of funeral stationery designed to have a more positive influence during the funeral service. Memory boards typically feature pleasant images of the deceased across their life. Usually, things to make guests remember the more positive aspects of the deceased’s life. Memory boards are elegant and modern ways to add a positive touch to a sombre day.